You’re probably wondering, how Mansfield Park & Goldhahn and Sampson are getting together in one article?

Thats is quite easy. I took part in a vegan baking course with Gabrielle and Angelina, the two young women of Mansfield Park, at Goldhahn and Sampson on Wilmersdorfer Strasse.

The owners and founders are Gabrielle Coffey and Angelina Conde. Both of them have American roots which is of course reflected in what the two committed women create every day. All there baked delights are made by hand and with love. This has also shown in the baking course, which I attended. But more about that later. 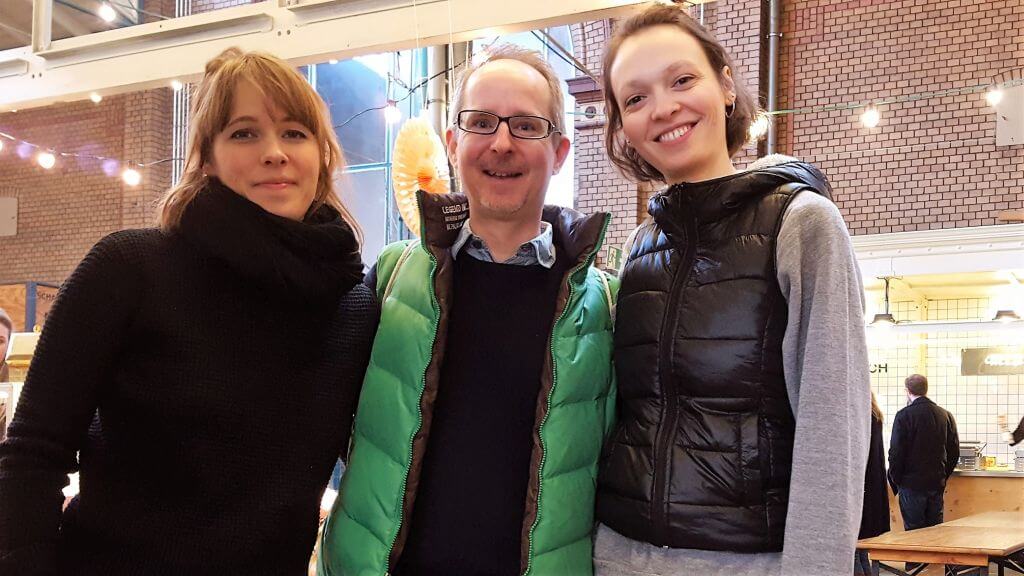 Mansfield Park stands for handmade plant-based treats. I want to mention here that all their products are vegan. At the same time, you can immediately forget about it. What the two girls create does in no way correspond with the usual stereotypes of vegan baked goods. The cinnamon buns (see picture below) of Mansfield Park, for example, are super fluffy, juicy and in my opinion, much better than many of the non-vegan versions that can usually be found in this country. 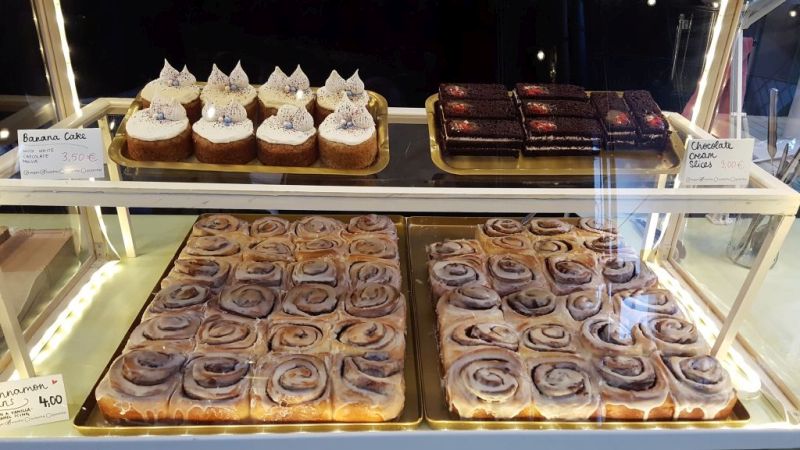 Gabrielle and Angelina are primarily doing catering. This means, they provide cakes, pies and cookies for any kind of event. Be it a private party for a birthday, wedding and the like or in the business area for the sweet break at a conference or other corporate event.

In addition, you can see them at public events, where they sell their baked goods. I met Angelina and Gabrielle at the Breakfast Market in Markthalle Neun in Kreuzberg, for example. Of course, I used that opportunity right away to get a taste of their legendary cinnamon buns.

Beside that I had the chance to take some pictures with the two. You can see a couple ot them here in this blog post. 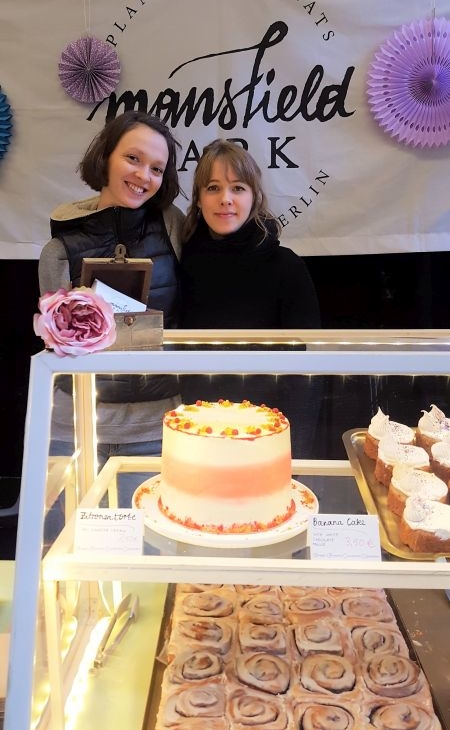 So far, I have always pushed around vegan baking. I had the belief that you need eggs for baking. So I was very curious what to expect from the baking class of Gabrielle and Angelina. The two have completely convinced me. I am very excited about the “Vegan Baking Basics” course and the ease with which they have taught us everything. You could see that they are professionals and know all the impoartant tricks and hacks, so that you’ll get a great result. It was a lot of fun and the outcome was delicious.

Here are some impressions from the course. 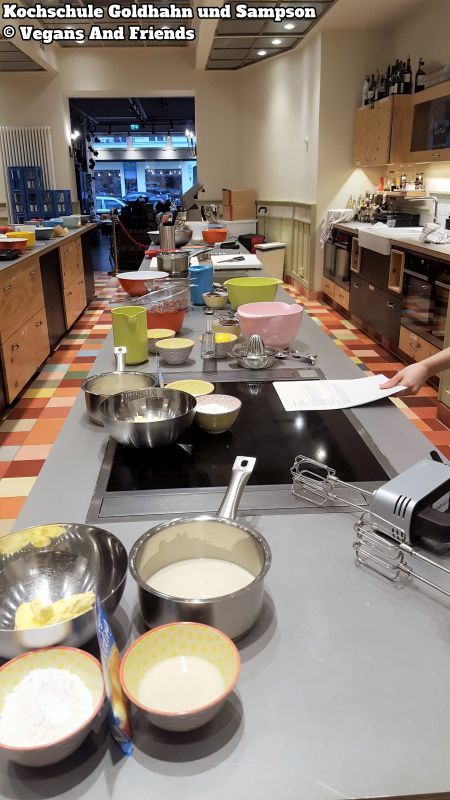 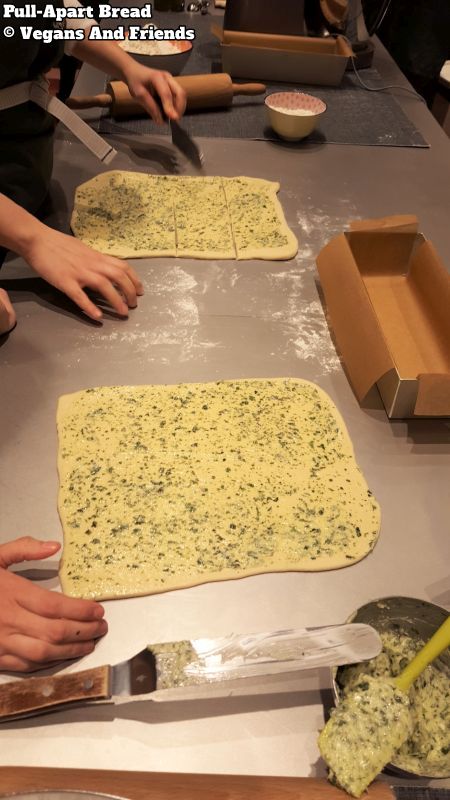 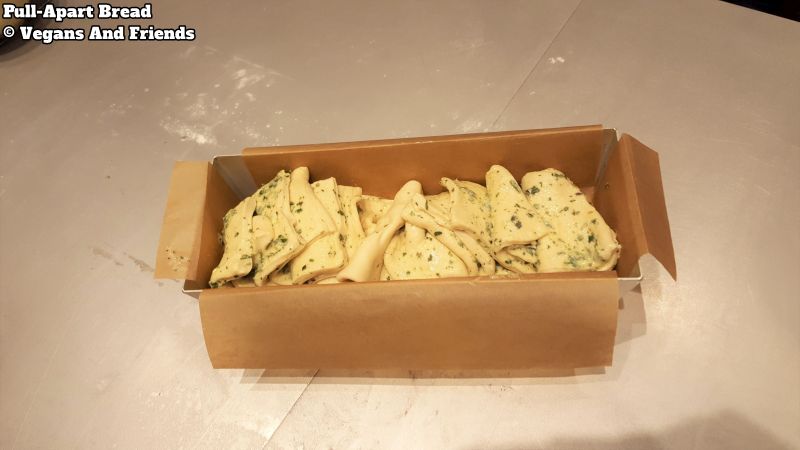 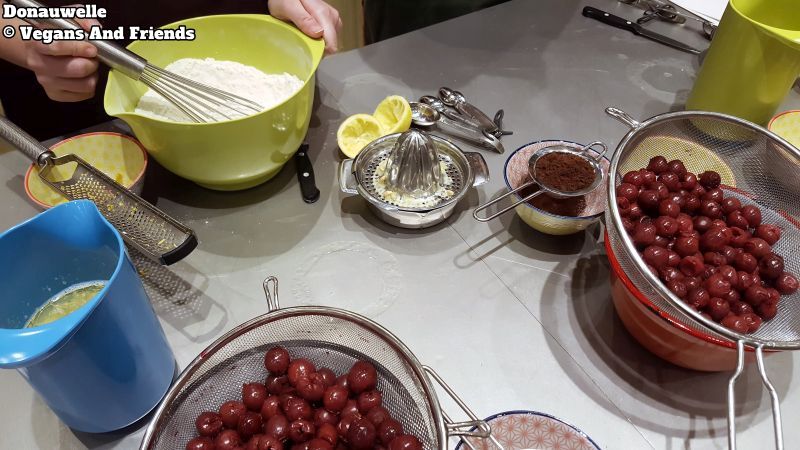 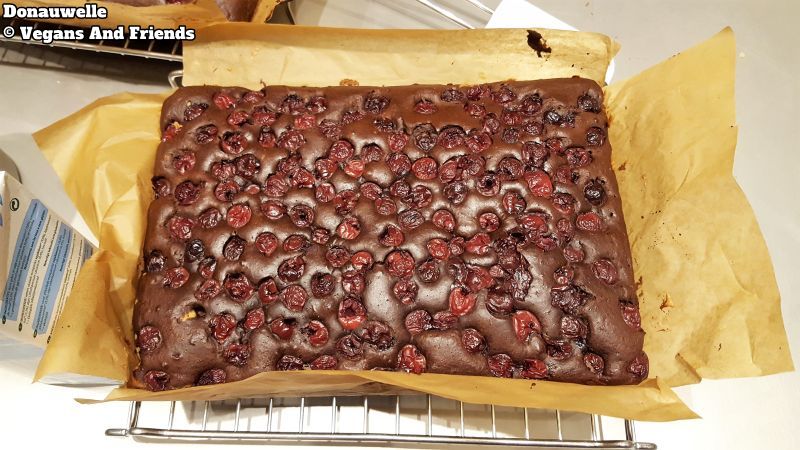 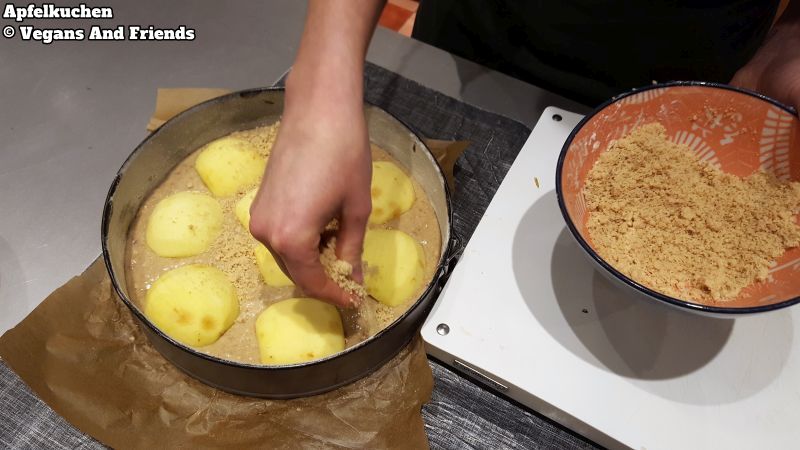 And the following photos show what came out of it. Looks pretty good for the first time, doesn’t it? Thanks to the expert support of Gabrielle and Angelina. Many thanks also to the two helpers, who took care of the clearing and washing up. This way baking made a lot of fun. 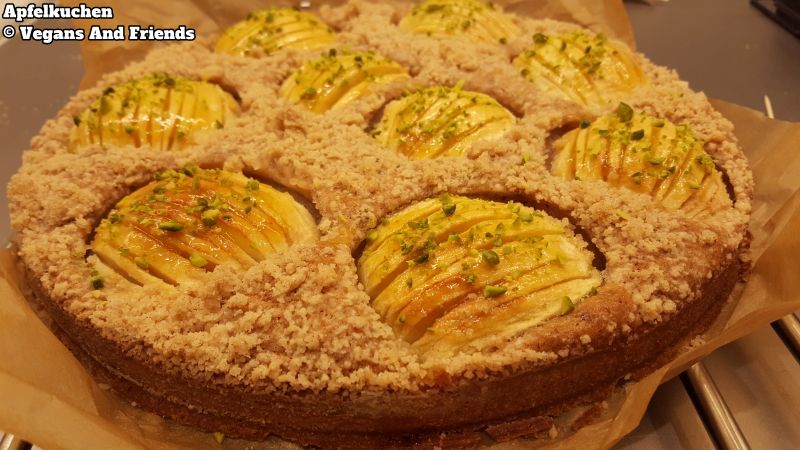 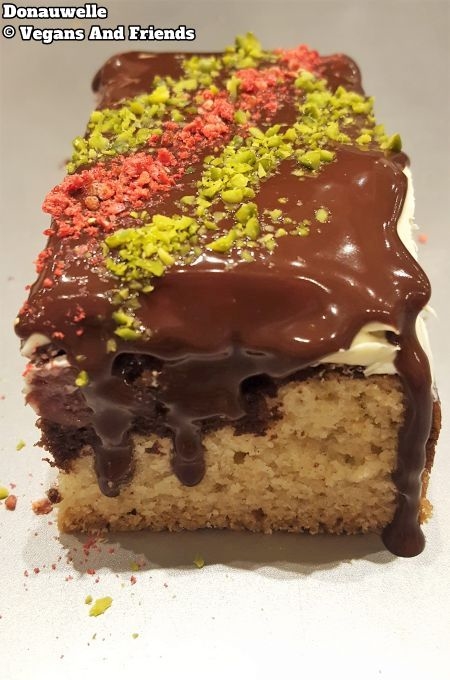 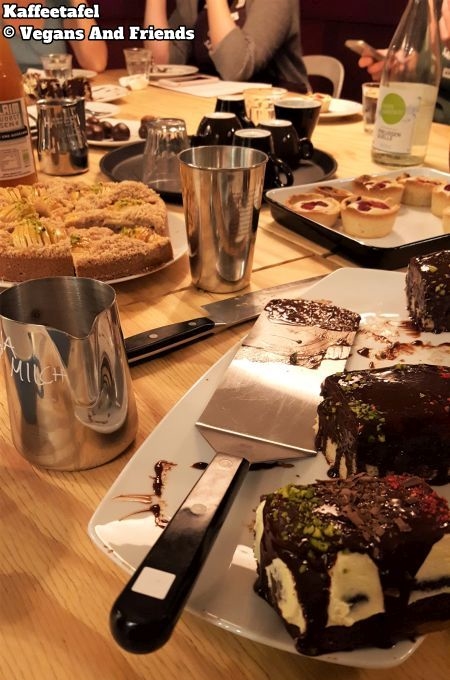 The cooking school of Goldhahn and Sampson

Goldhahn and Sampson offer numerous cooking classes at their two locations in Prenzlauer Berg and Charlottenburg. The offer actually covers the whole world. There are courses on cuisines from North and South America, all across Europe, the Middle East and North Africa, Southeast Asia, Korea and Japan. And the range goes from fish to meat to vegetarian and recently also vegan. In addition, there are workshops for coffee, wine and whisky. The latter ones are mostly held by one of the owners.

Their program is published on a quarterly basis. Some courses are marked with symbols to let you know whether they are “veggie friendly”, “vegetarian” or “vegan friendly”. Most courses cost 69 €, but there are also cheaper ones starting from 35 € or slightly higher priced ones for up to 80 €. Water and wine or in our case coffee, tea and cremant are always included. It is also indicated if the courses are held in German, English or both languages.

In the year 2018, I received a gift coupon from Goldhahn and Sampson for my birthday. So far, there were only a few courses that were “vegan friendly”. Meanwhile, that has changed and there are even pure vegan courses. Which is awesome. One of them is the course “Vegan Baking Basics” with Gabrielle and Angelina from Mansfield Park. Of the current course programm I’m also interested in “Journey to Jerusalem” which is vegan friendly, “Inside Aleppo: Vegan” with traditional vegan dishes from Syria and the courses of Indian cuisine, which is traditionally focused on vegetables and where ayurveda plays a large role as well.

Goldhahn and Sampson – deli and bookstore

If you’ve ever been to one of Goldhahn and Sampson’s stores, you’ve seen the wide variety of deli items and the awesome cookbook section. I was particularly fascinated by the immense offer of cookbooks and haven’t seen such a huge selection of books on cooking before. Here, almost every area is covered to the smallest niche.

In the delicatessen department you will find wine and champagne, coffee and tea, bread and pastries, vinegars and oils, spices, sauces, chocolate and much more.

It also makes sense to have a nice cup of coffee at Goldhahn and Sampson. Which, by the way, comes from the roastery Andraschko. Since the shops open quite early, this can also turn into breakfast quite easily. They’ve got a nice selection of bagels – natural or filled – or you can pick something out of the pastry showcase.

There is definitely a lot to browse and discover. That alone is worth a visit to Goldhahn and Sampson. 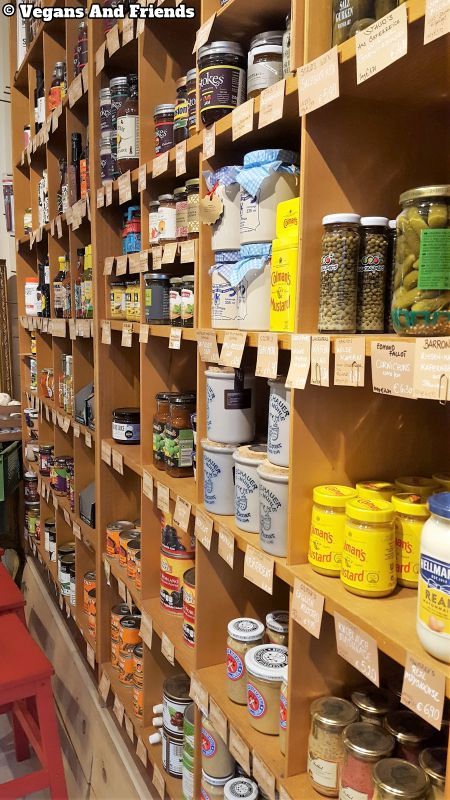 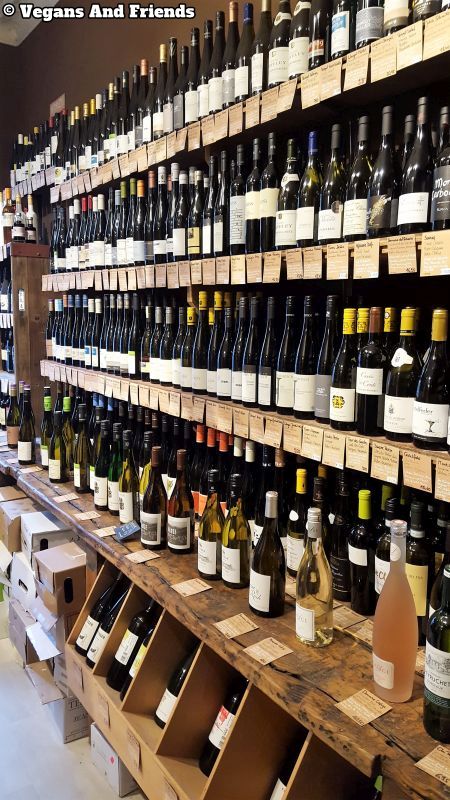 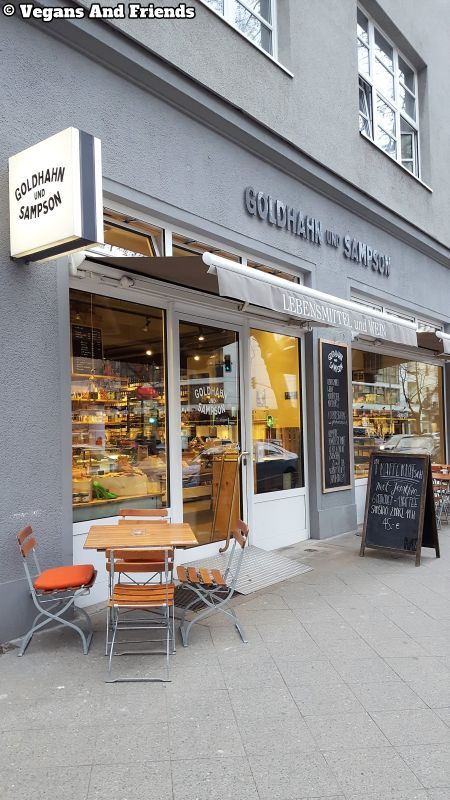 You are a chocolate lover, but don’t live close to Goldhahn and Sampson or any other good chocolate trader? Try out the organic and fair trade hand scooped chocolates from Zotter*. They also have more and more vegan, lactose-free varieties on offer. Zotter delivers in most European countries and beyond.

YOU WANT TO BE INFORMED ABOUT NEW BLOG POSTS AND CURRENT FOOD EVENTS? SIGN UP FOR THE NEWSLETTER!

We use cookies. If you continue using this website, we asume you consent to the use of cookies.OKNoContinue